Here is the link to the sale... https://www.mypashmina.co.uk/?s=pippi&post_type=product

Our family is Swinglish.. half Swedish, half English. This is why a lot of our photography is set in on the beautiful Swedish islands near Gothenburg. 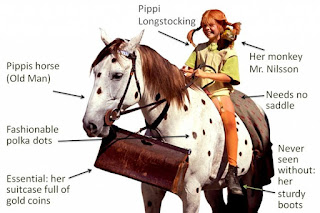 I don't know how Pippi became the name of a traditional Swedish knitwear design, but I know that every kid in Sweden has something in this style.

This weeks offer is half price on the Pippi jumpers and scarves. They are 4ply cashmere, so extra thick.

Here is the newsletter in full. 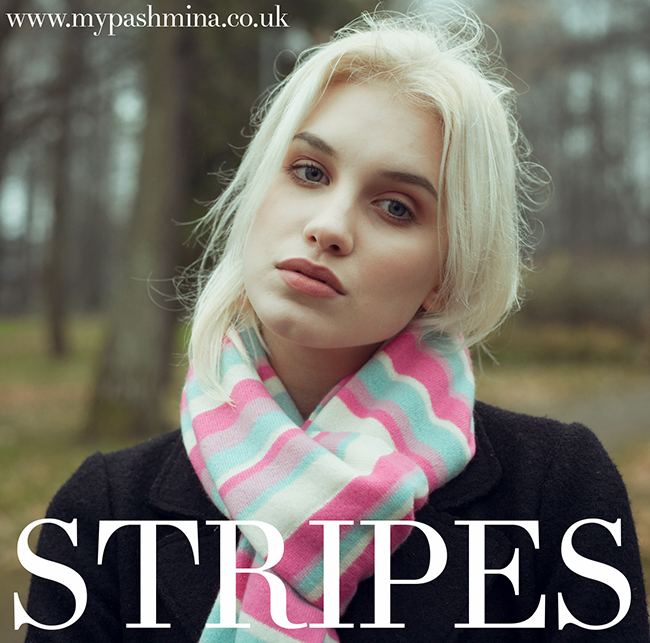 I think I failed a bit on the photography of our range of striped cashmere scarves. Maybe it was the angle, or maybe it should have been a closeup.

We have recently received two FIVE STAR customer comments about these cashmere scarves, as follows:

"Asolutely stunning! Super soft, thick and luxurious scarf in the most gorgeous colours. I love it. I already have 2 of your large cashmere pashmina, and they are perfect as wraps but too big to use as a scarf – this is a perfect addition to my collection."

Thank you so much to everyone who leaves feedback. We publish them all including the negative ones, and our responses.

They are double layer cashmere and long and quite wide, but I don't think the photo's convey how generous in size these scarves are.

They are 25x170cm, and double layer cashmere. This means that a) they don't curl up, and b) you can feel the thickness when you wear it.

Here's a wierd thing ... If you want, you can buy a carpet that perfectly matches these scarves from www.therealrugcompany.co.uk! 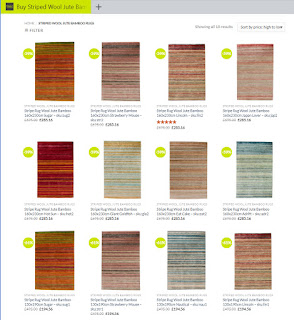 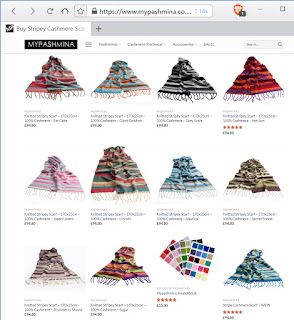 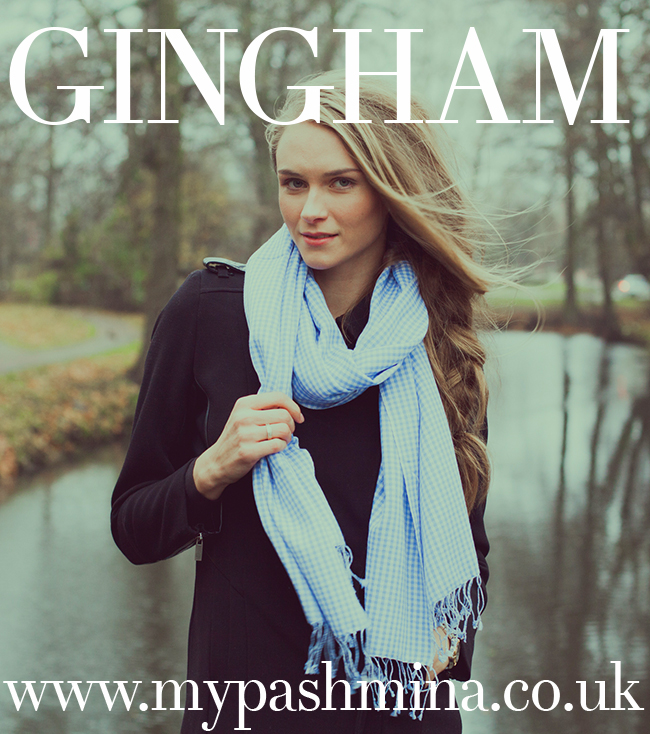 Brigitte Bardot famously wore a pink gingham dress when she got married. This started a trend which caused a shortage of this fabric in France. 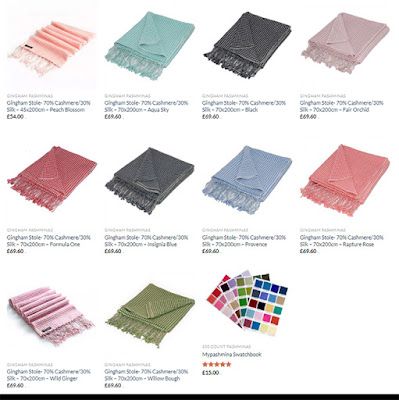 A little history.... (from wikipedia)

The name may originate from Malay genggang, meaning 'ajar, separate'.

Some sources say that the name came into English via Dutch.

When originally imported into Europe in the 17th century, gingham was a striped fabric, though now it is distinguished by its checkered pattern.

From the mid-18th century, when it was being produced in the mills of Manchester, England, it started to be woven into checked or plaid patterns (often blue and white).

The equivalent in the French language is the noun vichy, from the town of Vichy in France.
Posted by PK at 16:25 No comments: 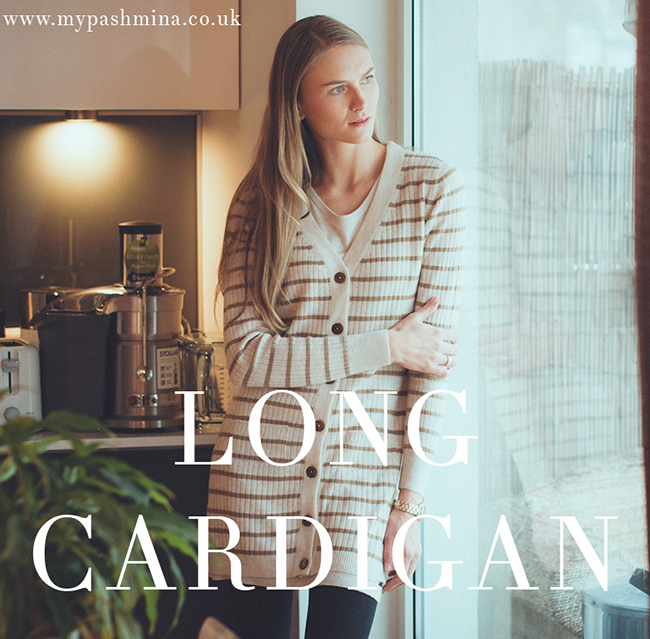 Once this latest snow-storm is out of the way, then spring will have officially landed in the UK!

Whilst we're all relieved that we can now get our legs out and finally wear a t-shirt; never underestimate the unpredictable weather. It still gets cool walking the dog or as the sun sets so it's the perfect time to invest in a breathable, openable cashmere cardigan.

Long cashmere cardigans are perfect to throw over your combo of a tank top and jeans for Spring weather. Easy to pack away, these cardigans ensure you have the cool-girl streetstyle look down pat.
Posted by PK at 16:09 No comments: