Sale of the year @ Mypashmina

We thought it was about time, we gave you a really good discount. So for the next 5 days, until 12th November, we are offering 25% off all pashminas. www.mypashmina.co.uk

So to get 25% off pashminas - and this incudes all pashminas, silk scarves, knitted scarves and designer pashminas - use the discount code 25pash at the checkout. www.mypashmina.co.uk

From 12th November to 17th November (don't worry, we will remind you), we are offering 50% off all knitwear and clearance items. This will be another great opportunity. the discount code will be 50knit. www.mypashmina.co.uk 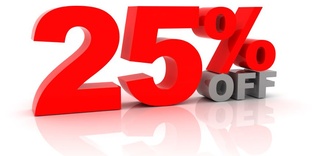 Nepal has run out of fuel...

Nepal is in a bad situation. 6 months after the terrible earthquake and the theiving government is yet to distribute any of the $4bn in aid they received following the disaster. We predicted this and so we raised money and handed it directly to people in need in Nepal.

Now, the Madhesi community who feel they are getting a bad deal from the new Nepali constitution are blocking all fuel supplies from India. The Indian government seems to support them, and the Nepalese government seems incapable of moving the protesters.

The results are terrible for many. Our pashmina factory can no longer get fuel to power the generator (electricity supply is so bad that a diesel generator is needed). There is not enough butane available to heat the water to dye the pashminas, we have had to start using wood. Our couriers do not have fuel for their planes, or local vehicles. Staff do not have fuel for their vehicles to get to work.

The Nepalese government has ended the monopoly on who can import fuel and where they can import it from. So it won't be too long until entrepreneurs start bring in fuel from China... But its a long bad road through the Himalayas, so the fuels won't be cheap.

For a country that has such potential abundance of hydroelectricity, running out of electricity is insane.

We are considering moving our factory to India. The staff would mainly move with us.

What do you think ?  Should we move... Does anyone have any good ideas so we can remain in Nepal ?